The ceremony held in the presence of Their Majesties the Emperor and Empress was attended by approximately 170 people, including African leaders who attended the Seventh Tokyo International Conference on African Development (TICAD7), co-organizers of TICAD, heads of international organizations related to health and medicine, and members of the selection committee for the Hideyo Noguchi Africa Prize.

At the award ceremony, Prime Minister Abe delivered an address to the laureates of the Third Hideyo Noguchi Africa Prize (Dr. Jean-Jacques Muyembe-Tamfum [Medical Research category; Democratic Republic of the Congo] and Dr. Francis Gervase Omaswa [Medical Services category; Republic of Uganda]). Prime Minister Abe lauded the achievements of both laureates and presented the medals, the citations, and the honorarium to the laureates. There was also a shakuhachi performance and an African drum (djembe) ensemble performance by Japanese and African children and others. The Commemorative Banquet that followed the awarding ceremony served foods made primarily with ingredients produced in areas affected by the Great East Japan Earthquake. The Commemorative Banquet was followed by shamisen and shakuhachi performances.
[Movie]The Third Hideyo Noguchi Africa Prize Award Ceremony and Commemorative Banquet 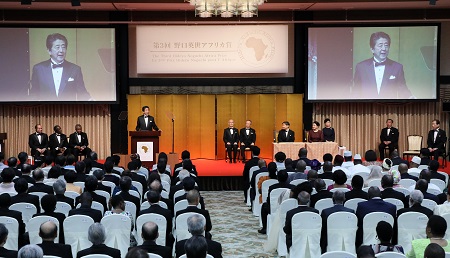 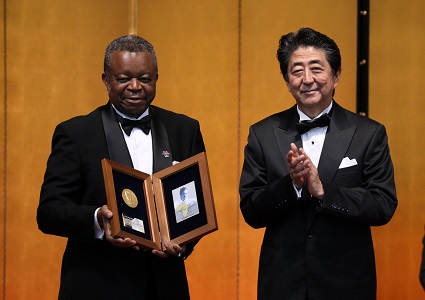 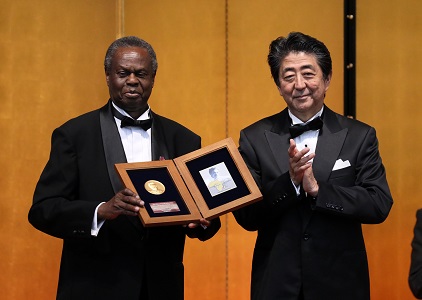