The Government of Japan has decided to award the Fourth Hideyo Noguchi Africa Prize to Drs. Salim S. Abdool Karim and Quarraisha Abdool Karim (RSA) for Medical Research Category, and Guinea Worm Eradication Program for Medical Services Category (The Carter Center in partnership with all stakeholders in Africa). 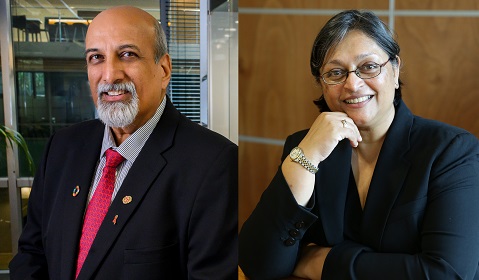 The Fourth Hideyo Noguchi Africa Prize for Medical Research goes to Dr. Salim S. Abdool Karim and Dr. Quarraisha Abdool Karim for their global contributions to HIV/AIDS prevention and treatment through scientifically rigorous research, for their role in training African scientists and for their steadfast scientific leadership in the response to Covid-19 in Africa.

Drs. Salim S. Abdool Karim and Quarraisha Abdool Karim of CAPRISA, Columbia University, New York and the University of KwaZulu-Natal, Republic of South Africa, deserve to be awarded the Fourth Hideyo Noguchi Africa Prize for medical research category for their ground-breaking research and scientific leadership in Africa over more than 3 decades. During this period, the Abdool Karims have worked side-by-side as spouse-scientists tackling devastating diseases while overcoming scientific and political obstacles. In their many achievements they embody the spirit of Hideyo Noguchi. At considerable professional risk, they confronted AIDS denial, provided life-sparing antiviral treatments in defiance of government policy and developed HIV prevention approaches that empower women to protect themselves. They established collaborative HIV research centers, working with international partners on vaccines, immunopathogenesis research, microbicides and antiviral treatments.

They have continued their scientifically rigorous work in the SARS-CoV-2 pandemic, undertaking rapid surveillance, promoting evidence-based prevention and combatting misinformation on Covid-19 vaccines. In tracking the epidemiology of SARS-CoV-2, the Abdool Karims deciphered the periodicity in Covid-19 surges, providing accurate estimations of likely future surges of the coronavirus and assisting Africa to be better prepared for pandemic pressure on its healthcare systems, economies, and social systems. The Abdool Karims played a key role in the national response against Covid-19 in the Republic of South Africa, with Salim serving as Chair and Quarraisha as a member of the government’s Ministerial Advisory Committee on Covid-19.

Drs. Salim and Quarraisha Abdool Karim began their journey as South African infectious diseases epidemiologists when they undertook one of the first community-based studies of HIV in Africa in 1990, demonstrating the disproportionate burden of HIV in young women. This work in rural Africa laid the bedrock for the decades of research that would follow to develop interventions for this vulnerable population.

In 2002, the Abdool Karims jointly founded CAPRISA, a non-profit research institute specializing in AIDS, with its headquarters at the Nelson Mandela Medical School in Durban, South Africa. From humble beginnings, CAPRISA has become one of Africa’s most eminent research institutes, playing an important role in providing scientific advice that impacts government policies across the world. They have made the following three particularly significant contributions:

Epidemiological and phylogenetic studies conducted by the Abdool Karims revealed the “Cycle of HIV Transmission” in Africa where young African women have the highest rates of HIV infection due to relationships with men about 10 years older than them. These findings laid the foundations for the UNAIDS report, “Life Cycle approach to HIV”, and have been adopted by several African countries to guide their national HIV prevention programmes. Their most important contribution was their 2010 finding, through rigorous clinical trials at CAPRISA, of the effectiveness of a vaginal gel containing an antiviral agent in lowering the risk of HIV infection among young African women. This finding was heralded by UNAIDS and WHO as being amongst the most significant scientific breakthroughs in the fight against AIDS and ranked among “The Top 10 Scientific Breakthroughs of 2010” by the journal, Science.

2. Saving lives through improving treatment of HIV and tuberculosis co-infection

Tuberculosis is the most common opportunistic disease in AIDS patients in Africa and a leading cause of death on the continent. The Abdool Karims led clinical trials at CAPRISA that showed that the early deployment of antiretroviral therapy dramatically reduced deaths in patients with both HIV and tuberculosis. These findings were adopted in the WHO treatment guidelines and implemented in most countries.

In addition to the three accomplishments above, they led the Fogarty International Center’s Columbia University HIV training and research programme for more than 20 years, providing training for over 600 African researchers.

In summary, Drs Salim and Quarraisha Abdool Karim are world renowned African scientists who have had a marked impact on HIV prevention and treatment as well as the Covid-19 response globally and especially in Africa. 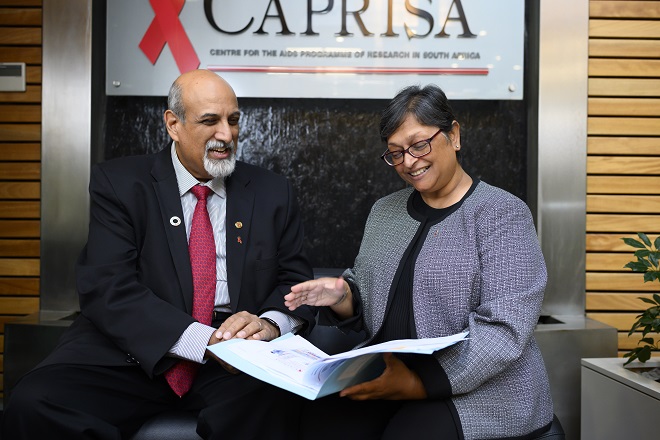 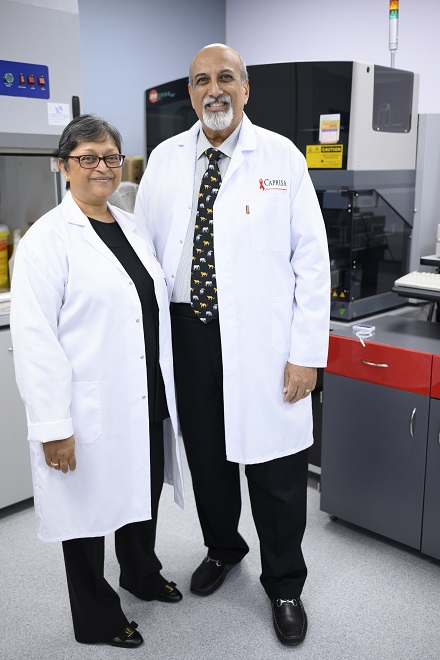 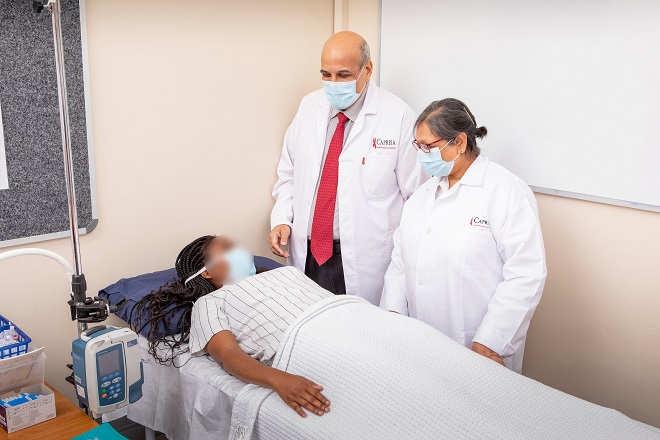